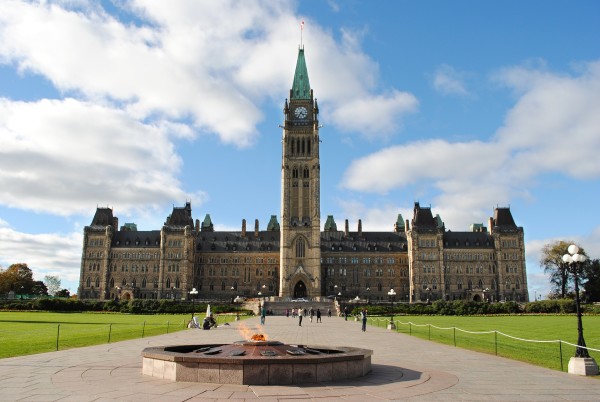 Following this Open Data Day 2018, and in the midst of hackathons, webinars, shared docs, #hashtags, Reddit threads, Medium conversations and tweets that keep us open data nerds up at night, we would like to take a step back and reflect on the role open data plays in democracy. Transparency, freedom from disruption and participation in policy making are guaranteed principles in Canada and abroad that ensure our well-being as citizens. Open data has, and will continue to contribute in advancing these guiding principles of our society.

From helping build better budgetary public consultations with OpenNorth’s Citizen Budget tool to the failed peace referendum in Colombia’s post-conflict efforts, I have been involved on issues related to transparency, trust in institutions, and democratic participation for a short while now. More recently, I have taken an interest on the open data movement, as it is exciting to see the possibilities it brings to improve the quality of our democracy, both in Canada and abroad. My evolving role at OpenNorth has presented me with the opportunity to explore these issues further and systematically. The deeper I find myself down the open data rabbit hole, more questions and challenges arise about the work my colleagues and I do here at OpenNorth.

After more than a decade of open data, we are faced with new and emerging challenges in our field: data poverty and inclusivity, beneficial ownership, citizen privacy, data use and reuse, data literacy and algorithmic governance are issues faced by those advocating for better informed, more open societies.

Globally, politics is eating away at long standing transparency and open access initiatives. The governing Law and Justice Party in Poland is in direct collision course with the EU due to its restrictions on access to government information. Seeking to prop-up their regimes by limiting access to verifiable information, leaders such as Venezuela’s Nicolas Maduro and USA’s Donald Trump have buried, altered or curved efforts related to open databases and vital public information. South of the border, for example, the White House has proposed eliminating funding for both the EPA and NASA climate data collection programs. Venezuela has not published official statistics on everything from malnourishment to murder rates since Maduro consolidated power. Data journalists have reported that the Venezuelan government is bent on destroying statistics and data apparatus within government. Now more than ever, Open data initiatives play a vital role in the fight against authoritarian policies. For example, Vendata, a civil society initiative out of Caracas, publishes open data that the Maduro regime is refusing to.

As technology and policy continue to evolve, so too does our understanding of open data and its challenges. Efforts to standardize open data, guide municipalities in releasing open data, connecting governments to citizens on budgetary policy decision-making, and connecting civic-tech and open data movements, are some of the initiatives we are working on here at OpenNorth. There is a myriad of actors in the public sector, NGO sector, and academia, implementing great work for open data, globally and locally.

Internationally, Colombia and Sierra Leone remind us of the promise of open, democratic societies with their hopeful commitments on transparency and open government, seeking to emerge from conflict and mass atrocity. Global initiatives on open contracting and fiscal transparency open new fronts on the fight for better democracies. In an effort to curb graft and corruption, Mexico has signed up to open core datasets that will lead to better government accountability.

Granted, open data is not and should not be viewed as a panacea that will solve all the challenges our polity is facing. Nonetheless, a hallmark of modern liberal democracy is providing stability and freedom of disruption in the lives of citizens. Open data helps provide some of that stability in the face of an ever-challenging and changing interconnected world.

In the next couple of months, I will be presenting on some of these policy issues in Ottawa, Canada at Policy Ignite! and in Lisbon, Portugal at the 2018 TicTec conference. I invite you to keep your eyes peeled for posts on that and to follow me even deeper down the open data rabbit hole.

On that note, I wish you a happy Open Data Day.